on January 03, 2014
For the past few months I have been working on a project that required a RaspberryPi and Arduino (and some other components) to survive Quebec temperature.

For those who don't know our temperature, winter can easilly reach bellow -30C (-22F) and summer we sometimes hit around 30C (86F). This past few days have been quite cold reaching in the -26C with a wind chill effect of -35C so it was the best time to perform a cold powered-on test.

The setup was simple. A RaspberryPi running Raspbian with a DS18B20 temperature sensor, a Startech 4 port USB hub where an Arduino Uno is attached. Every 15s a script would record the temperature and every minute an other script would look (using lsusb) to see if the USB hub and Arduino were still alive. The setup looked like this: 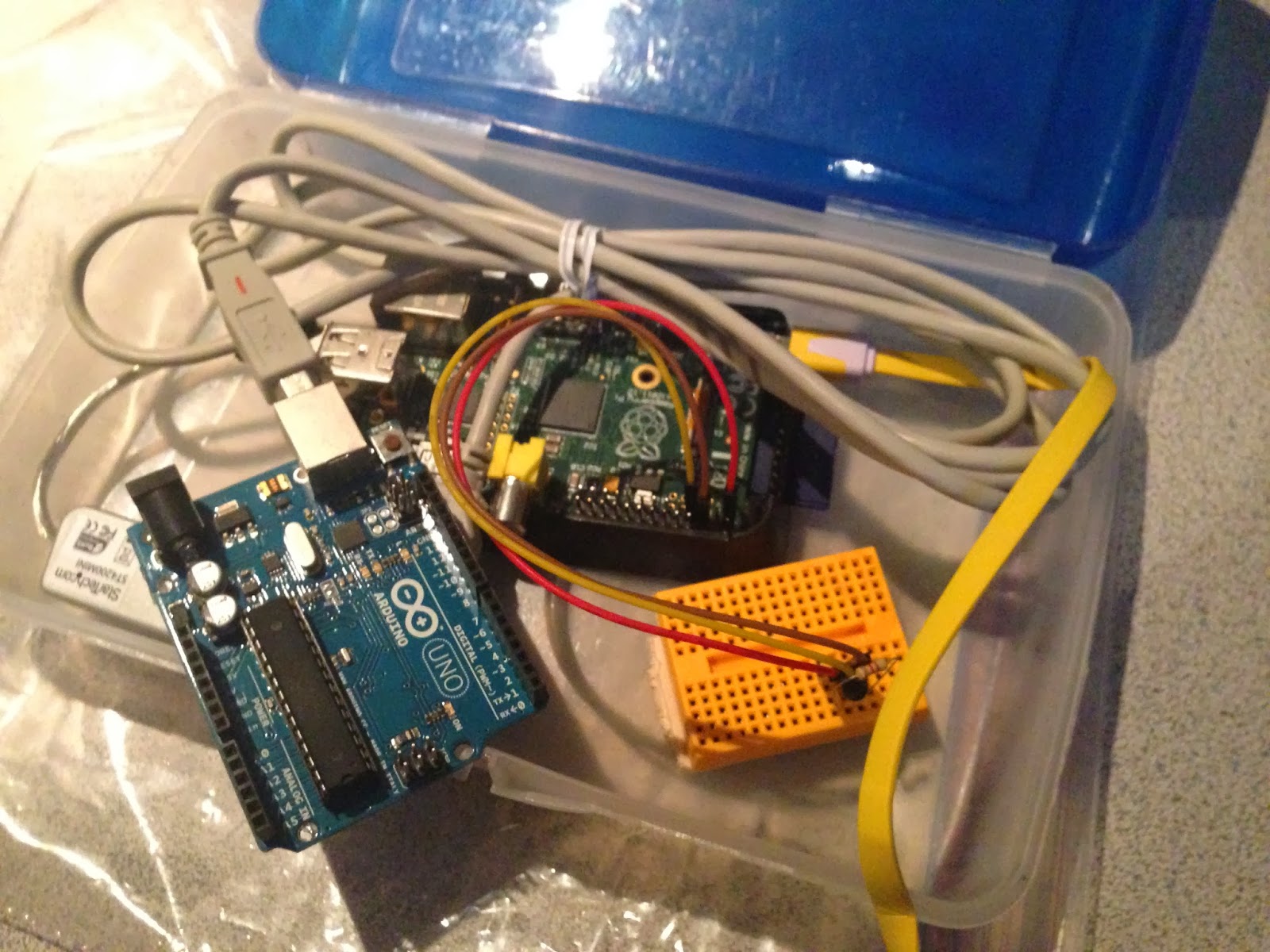 The plastic container was scealed with tape, put in a 'ziplock' bag and left overnight on the rooftop of my car. 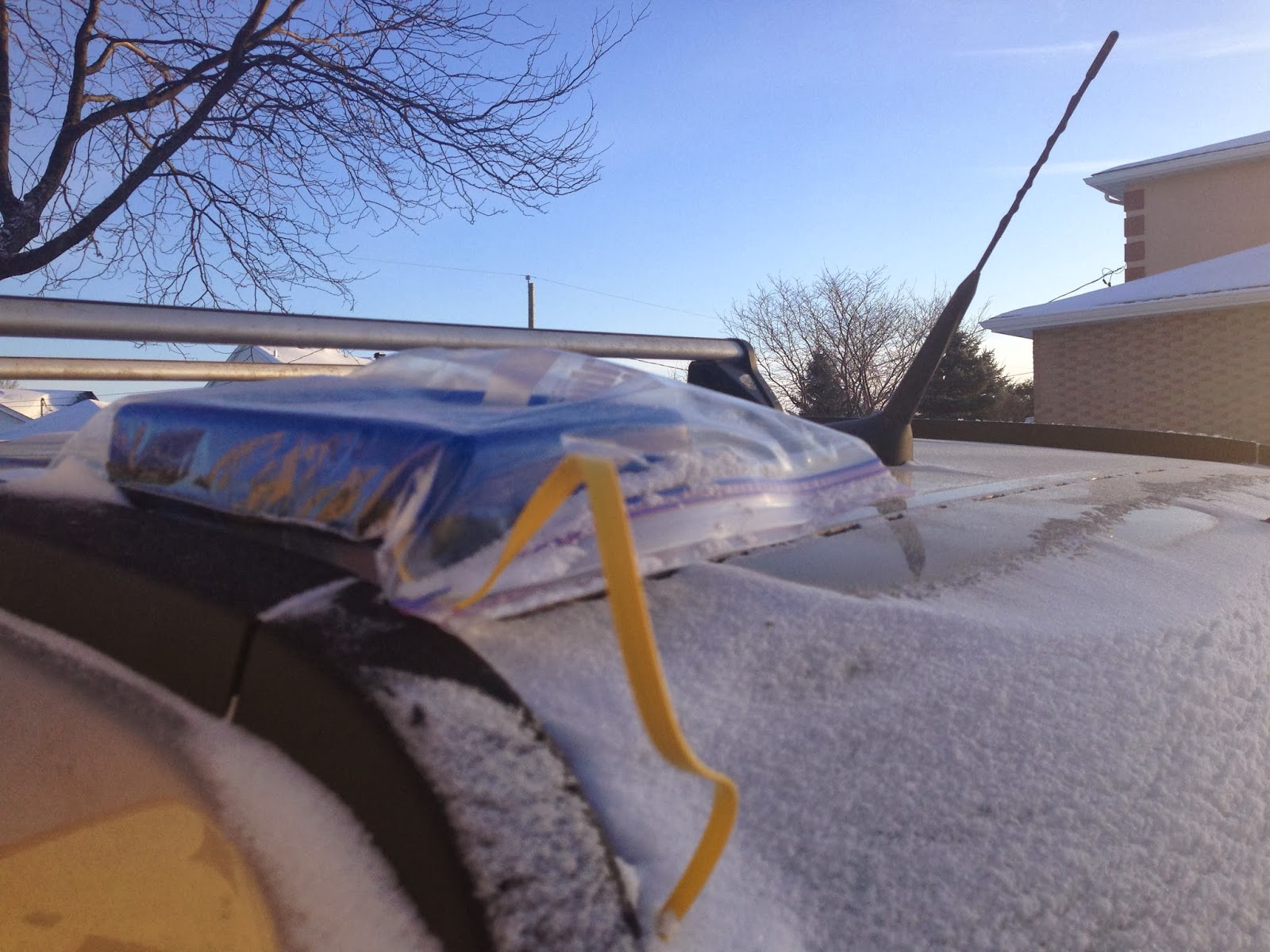 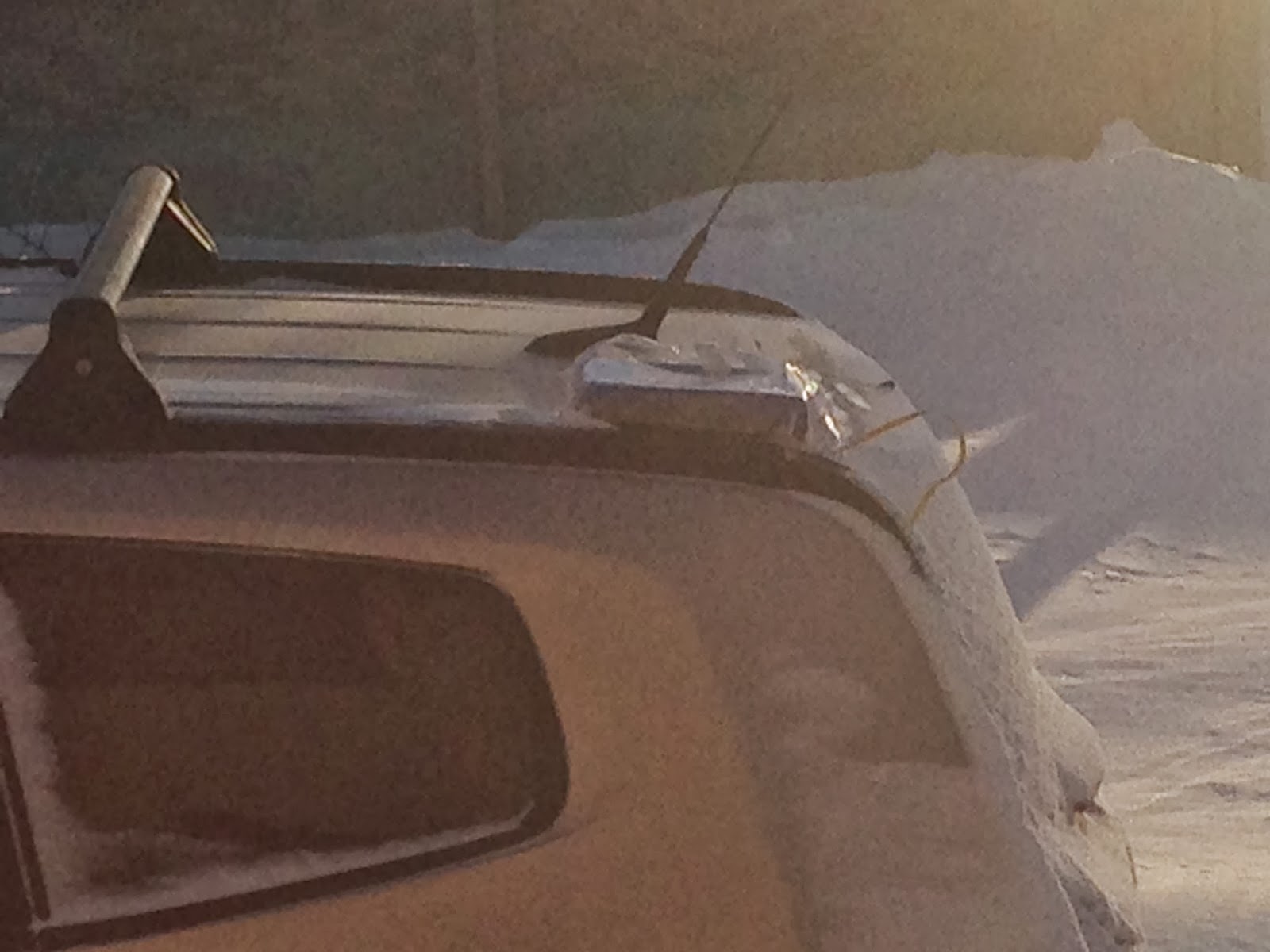 The power was provided by a small 75W APC DC-AC power inverter sitting in the car and connected to the car battery: 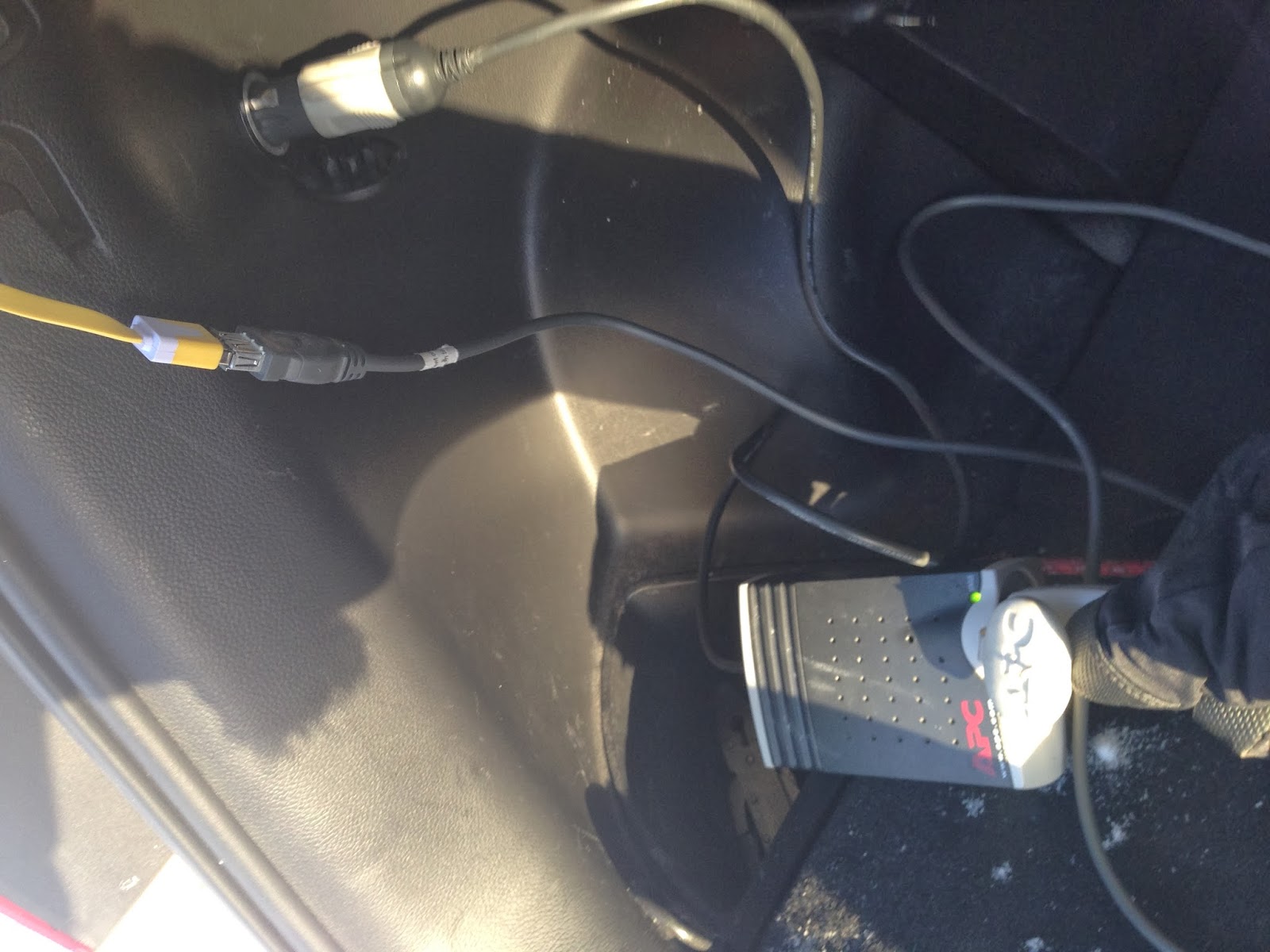 Well, according to the DS18B20 temperature sensor it got to about -22C last night and the resulting temperature graph looks like this: 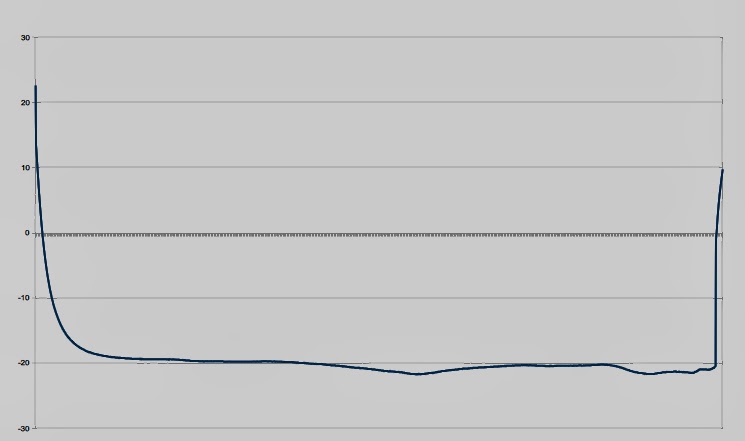 Best of all no disconnection of the USB hub or Arduino were detected and the RaspberryPi did not reboot or lockup.

Ok, there are a LOT of post on how to flash the ESP-01 with either Arduino, NodeMCU ou the AT command firmware. I have not found one that gave a full answer and especially not how to do it from an OSX computer.

First let's talk about wiring. As you know the ESP-01 is based on the Espressif ESP8266 chip and it's a 3.3v device and it's not 5v tolerant, DO NOT power it with 5v or put 5v to one of the of the pin, you risk frying your device.

I have used a Sparkfun 3.3v FTDI Basic (https://www.sparkfun.com/products/9873). This USB to serial adapter provides a 3.3v output (voltage and I/O). The following is the wiring diagram I have used:


And the corresponding schematic:


Once you have done this wiring, plug it in your computer, add a jumper on the "Mode" header and press the reset button. The device will enter a mode where it's ready re receive a firmware.
If you want to upload an Arduino sketch, simply use the Arduino GUI or platform.io to do so. Once done, remove…

A few months ago my wife's mother died. Being the "teksavvy" guy I had to deal with the disconnection of all-the-things electronics, gather devices that needed to be returned to the ISP,...

Good thing she only had a Windows 10 laptop, no cell phone, no tablet.

But my wife wanted to access what was on the laptop before we wiped it and re-purposed it to a family member.

Only thing was that the person (not me) who set it up for her had configured it with a Microsoft LiveID account. We had a bunch of hand written note with passwords, account ID but could not find a password or PIN that worked to login into her Windows profile.

I had done Windows password reset in the past using a Live CD but it was in the Windows NT era...

The first ISO I used was Hiren’s BootCD PE (I'll spare the details that the laptop is UEFI and does not have a built-in CD/DVD drive and I could not get it to boot on USB). Unfortunately it was not able to reset or remove LiveID account password. But I…

In December 2018 I wrote about Day-O (https://net-forces.blogspot.com/search?q=day-o) as an amazing customizable macOS clock replacement.

One thing that bothered by with Day-O was that in dark mode it was really hard to read and the font was pretty small (I must be getting old).

Well the other day while checking if there was any update to it, the author mentioned the dark mode issue and pointed to Itsycal (https://www.mowglii.com/itsycal/) as a possible dark mode issue free replacement.

Well it does work and is even more customizable:


As you can see you can have it display the week number and it can even fetch your calendar(s) appointements.

It has a large font mode for old folks like me and has a lot of customizations:

Give is a shot I'm sure you will like it.